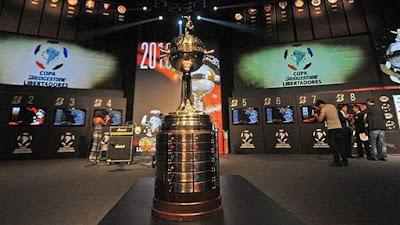 On Monday, at Estadio Olimpico Patria, in Sucre, Bolivia, Universitario will host Montevideo Wanderers opening the curtain of a new Copa Libertadores. This year, the tournament will be special for many reasons.

With an annual format (from January to December) and an increase in the number of teams (from 38 to 47), this new edition will have several teams with great history and many newcomers.

Argentina will have six representatives. In addition to the already mentioned River, San Lorenzo and Atletico Tucuman, Lanus (defending league champions), Godoy Cruz and Estudiantes de La Plata will also be participating. Estudiantes' president Juan Sebastian Veron will return to the field after his retirement in 2014.

Argentina Previews is back!
The new Argentine football season is resuming very soon and we'll have previews for every game of the Argentinean league + Copa Libertadores and Sudamericana

Contact me now at mncarg@gmail.com for fee details, previews samples and other questions.

Join ASAP for the whole semester and you will get a special price with a discount !!! 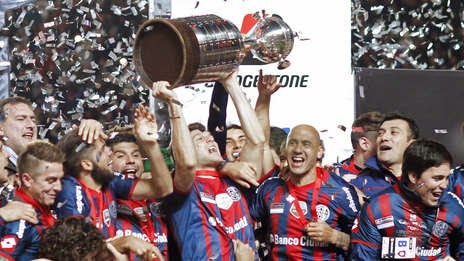 Most of you that follow this blog regularly know that I'm a big San Lorenzo fan (OK, a huge San Lorenzo fan) so this is a very special post for me, one I never thought I was going to write.
It was the first Copa Libertadores for San Lorenzo, and it had to be like this: suffering until the last second of the game. The team was VERY nervous, the fans were VERY nervous, and honestly Nacional didn't deserve to lose the 2nd leg because they played tactically a perfect game, but a very silly mistake finished with a penalty and the Copa Libertadores winning goal.
Hats off for the paraguayan team that no one thought that could make it this far and unexpectedly was a very tough rival but I don't have any doubts that in the long term San Lorenzo was a fair champion.

After struggling in the groups stage where they advanced only on goals difference thanks to a last minute goal in a 3-0 win vs Botafogo, they improved a lot later in the competition eliminating Brazilian giants Gremio and Cruzeiro.
Then the World Cup break came, where they lost young star Angel Correa (transferred to Atletico de Madrid but had a heart issue detected that needed surgery) and 2 months later probably their best performance in the competition, in the 5-0 win vs Bolivar in the 1st leg of the semifinals that basically secured their first Copa Libertadores finals.
I can't believe that after decades of looking for this San Lorenzo finally made it, I woke up today and I still don't realize it's true....but it's time to star preparing the trip to Morrocco where Real Madrid will be waiting :)
------
The new Argentine football season is underway and once again, like I've been doing since 2009, I will write previews for every game of the Argentinean league + the best betting tips.

Contact me now at mncarg@gmail.com for fee details, previews samples (you can see any game of the last 4 years!) and other questions.

Join ASAP for the whole semester and you will get a special price with a discount !!! 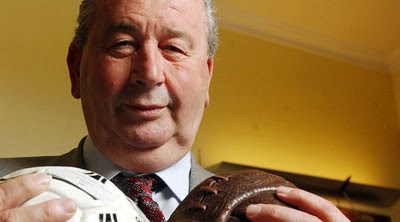 For many he was a tyrant and a ruled AFA like a mafia boss, for others he was a big leader, but there are no doubts that this is the end of an era for Argentine football and hopefully a turning point for better things to come (it's hard to think that something will change though because his possible replacements are not any better than him).
For now the whole Argentine football world is shocked by the news.

Grondona was also one of the founders of Arsenal de Sarandi (one of his sons is the current president) ans he was also president of Independiente in the 1970's before taking the presidency of the Argentine Football Asociation a position he held until today.


The 1st round of the Primera Division 2014 tournament (and lower divisions as well) that were scheduled for this weekend have been postponed.
Publicado por MNC en 2:20 PM 1 comment:

MNC
Buenos Aires, Argentina
I'm a native Argentinean living in Buenos Aires, with big love and passion for the most beautiful game. With more than 25 years following this league and attending games, i can provide the most complete info like you won't find anywhere else online. Mail me : mncarg@gmail.com

If you want to receive an email when this blog is updated, please enter your email address below :